Magic From the Twilight Lodge:
An Interactive Virtual Magic Show 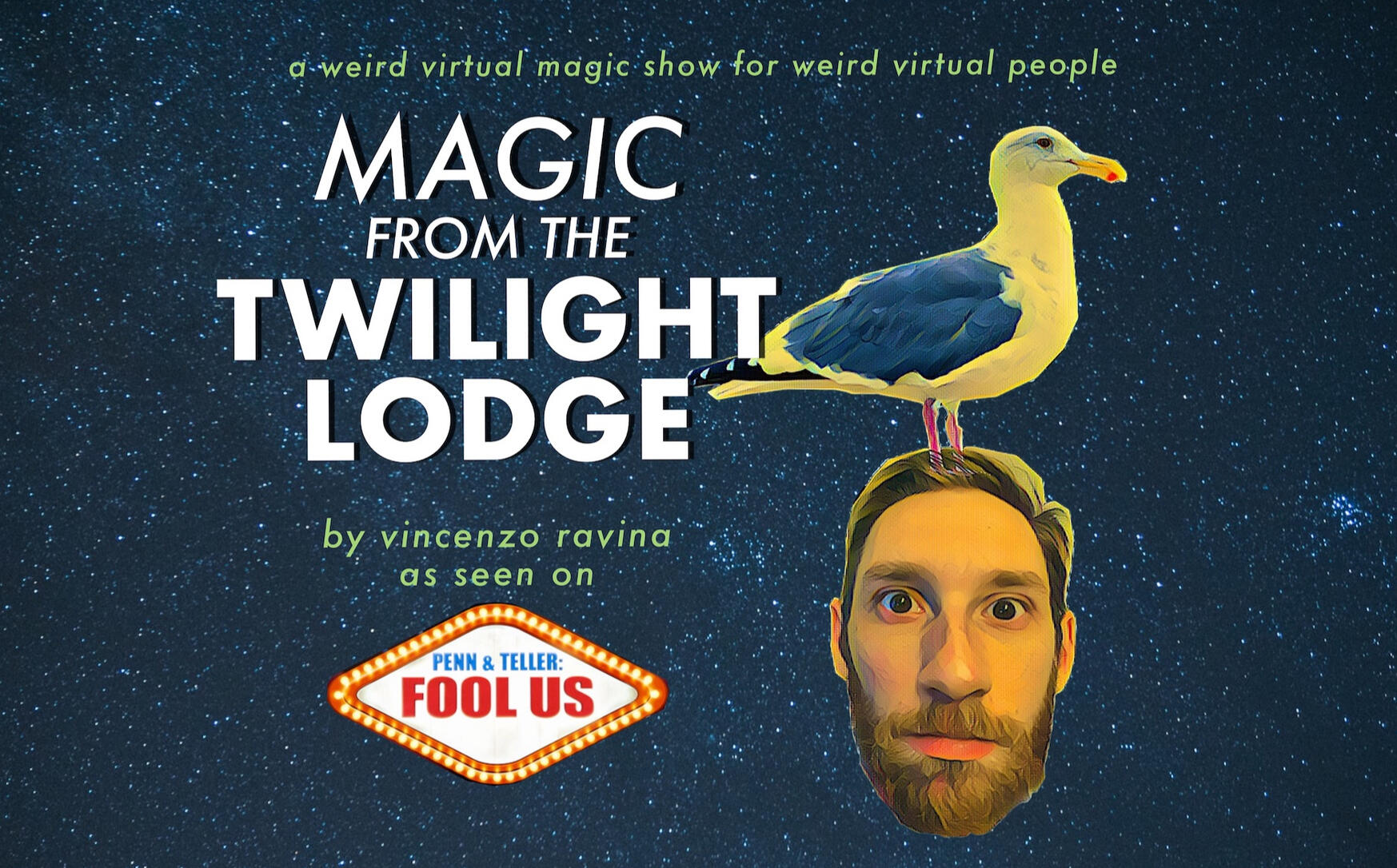 Hello, my name is Vincenzo Ravina and I'm a collector of weird stuff.

In this unusual interactive show, I'll invite you into an alternate dimension and take you on a guided, interactive tour of my collection of magical artifacts. During our tour of the Twilight Lodge, we'll bestow luck to the unlucky, see what's inside the Anything Box, try to divine the future, and maybe even test out a Coincidence Machine.

As an audience member, you'll be participating and making choices that alter the course of the experience all the way through. You'll need a working camera and microphone to participate. Tickets are per device, so bring your friends and family along!

Magic from the Twilight Lodge is absurd and fun and unlike other magic shows you're likely to see.

Vincenzo's virtual magic show premiered at the Halifax Fringe Festival in September 2020 and is now available for private bookings! This show is not geared toward children. Though there is nothing in the show that is inappropriate for children, the show is best enjoyed by adults who appreciate the absurd.

Get in touch now for a quote! 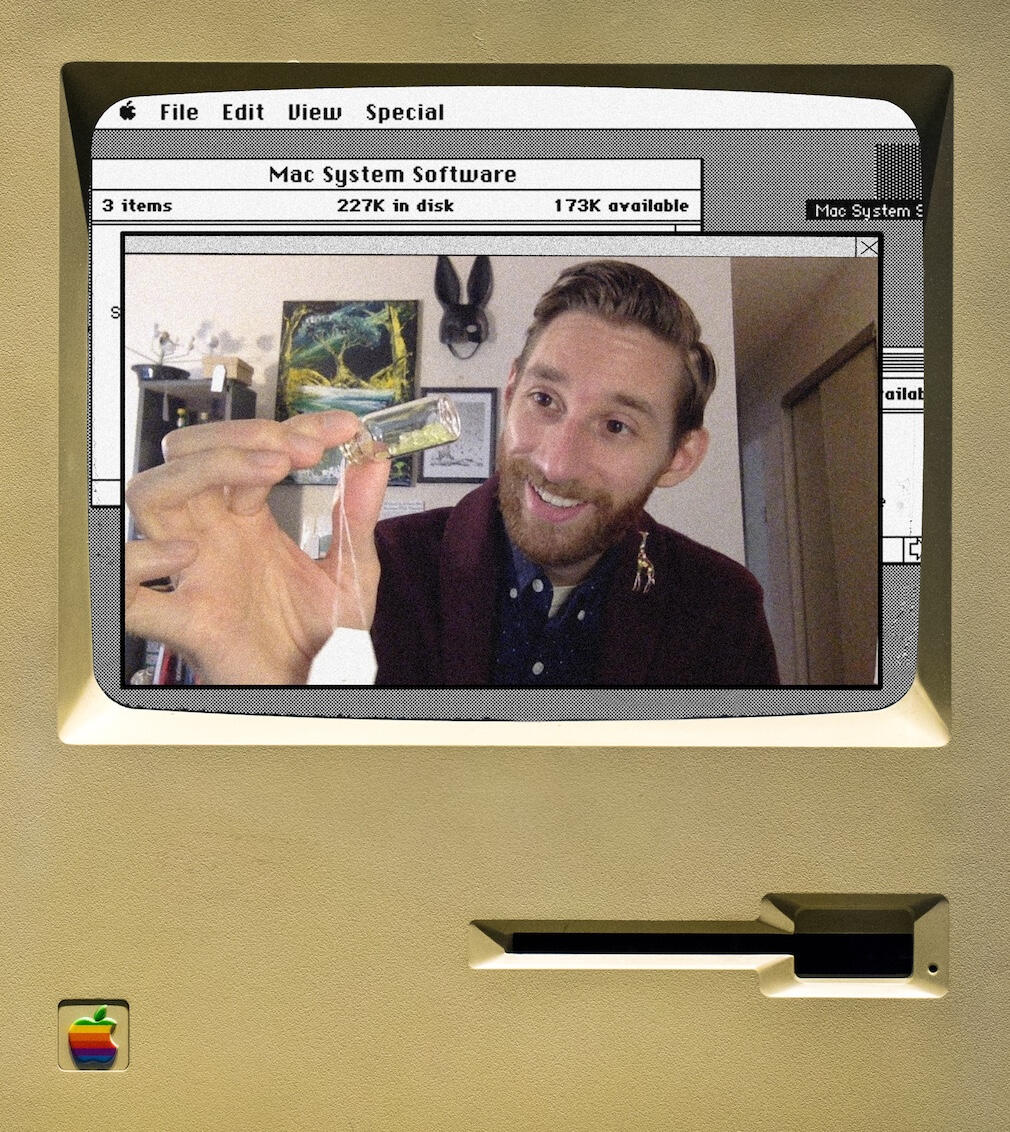 "Beautifully done... You got so much out of this."
Penn Jillette, Penn & Teller

"Loved the show... Brilliant. I have never seen anything like that."
Martin Brophy, Magic Seats 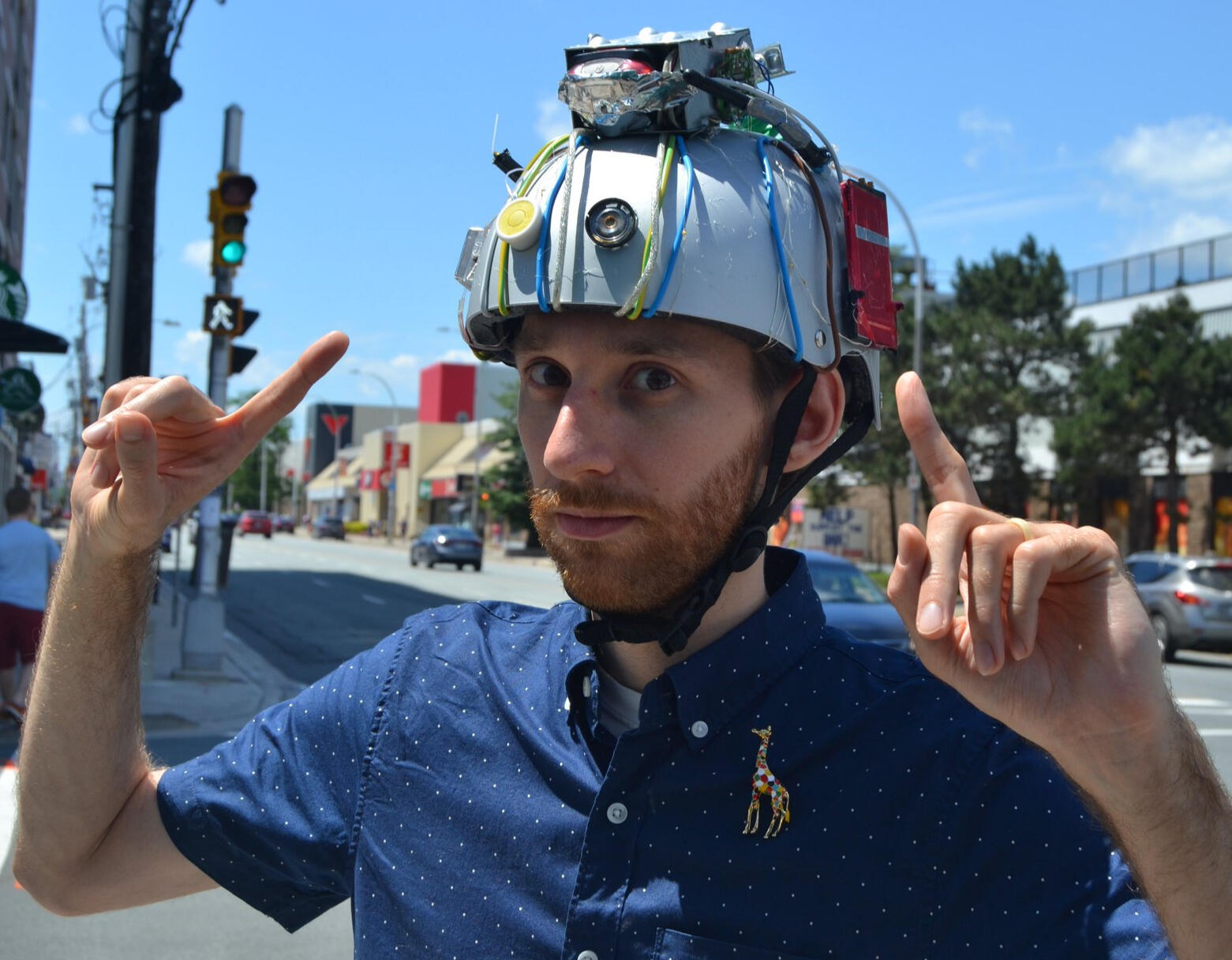 Vincenzo Ravina's magic is surreal, mystifying, and absurd. At his show, you may end up wearing Mind-Reading Glasses, engaged in an experiment in teleportation, or cowering in fear at the might of the Ancient and Mystical Balloon of Ultimate Power. No matter what, you'll end up laughing and amazed.

He has performed on the CW's hit show, Penn & Teller: Fool Us, as well as CTV News. His virtual Fringe show, Savour the Sea From a Distance, premiered in September 2020 at the Halifax Fringe Festival.

He is also a writer. His collection of short stories, Peril & Exploit and Other Mysterious Tales, is available in both print and ebook form.

For more on Vincenzo Ravina's writing, t-shirt design, and other doings, visit VincenzoRavina.com